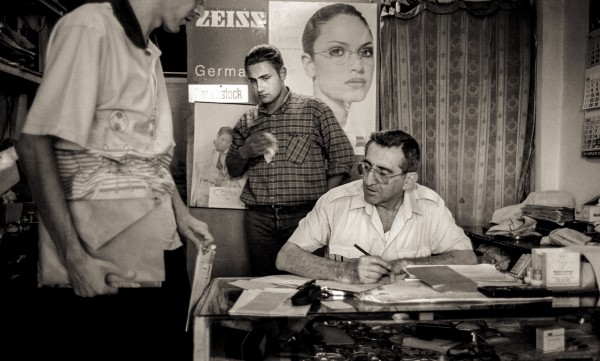 A large number of Armenians lived in Damascus, including this man with his two sons. I felt a connection to Hagop because his family endured the same Turkish/Ottoman exodus that had engulfed my mother’s side of the family. Added to that connection was his name – Hagop. It was the same as an elderly man who had been a surrogate grandfather to me.

On this day Hagop was displeased. He complained to me (in English) that his sons were not as capable of running the store as he was. Here they don’t look happy either. He probably wasn’t an easy person to work for.