Photography will never be the same 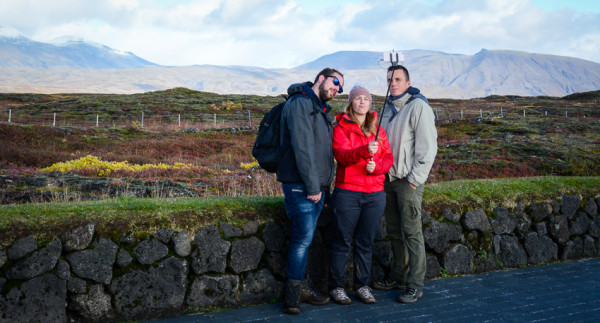 Over the last ten years it’s been hard not to be stunned by what’s happened to photography. Near my home is a billboard that’s pretty much owned by Apple. Recently it’s often been showing a simple black and white photo, credited to the current iPhone.

To say that the smart phone market has shaken up traditional camera manufacturers would be an understatement. Consumers who used to lust after SLRs or fancy point-and-shoots have fallen in with another bedfellow, one that not only takes good photos but also handles email, social media, and makes phone calls.

I appreciate the smart phone – it’s a remarkable piece of technology. In terms of its camera, even a mid-range phone has some capabilities that high end professional cameras lack. With research and patents funded by a huge market, smart phones are advancing quickly, creating a new sort of pocket camera capable of miraculous exploits.

And in case you’re wondering, I’m not being facetious.

There’s been a lot of angst in the photo industry, and it’s no surprise. Dumb companies like Kodak have gone from being enormous cash cows to receivership (and back, in the case of Kodak). Others have faked results, and still others are struggling to redefine themselves in a market that changes from quarter to quarter. Competition among smart phone designers, funded by lavish r&d budgets, pushes rapid advances in hardware and software. It seems pretty safe to say that not only has the photo industry permanently changed, but also that in short order there will be fewer companies selling dedicated, single function cameras.

Where this all leads is an interesting question. A phone camera, with its pea-sized lens fronting a miniature sensor, is pretty much the definition of convenience and portability for almost everyone. What could be better than this pocketable, sexy small object?

But hidden in the glitz are a few weaknesses too. Small size is an advantage, but a problem too. Though high-powered brains are competing to improve the smart phone’s miniature lens and small sensor with each generation, the photos they produce still lag behind their larger brothers. Not only that but the photo industry has woken up to an existential battle and now, finally, it’s working hard to improve. Stay tuned, what’s going to happen is anyone’s guess.

2 comments on “Photography will never be the same”