A (good) surprise from Africa 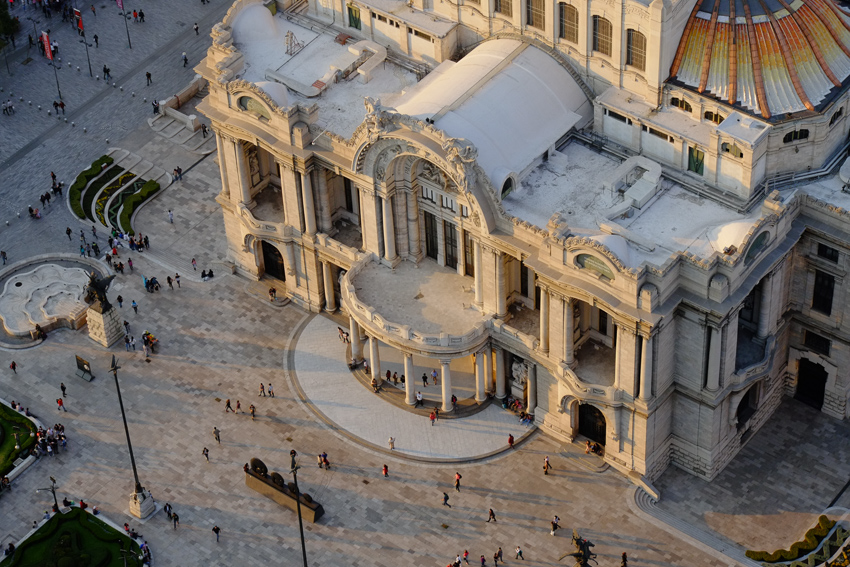 As the sun went down yesterday, this was the view looking down from a high perch at the entrance to the Belles Artes building.

In the same building, but earlier in the week, we had seen the Belles Artes Opera Company perform an original opera by the Mexican composer Federico Ibarra. 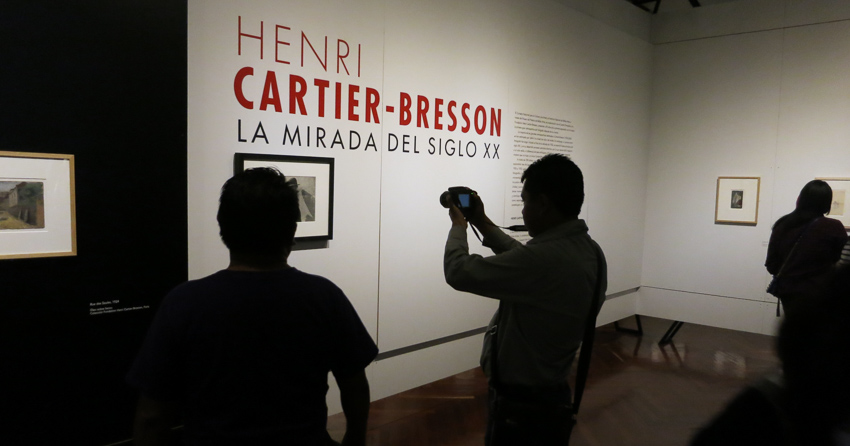 Last year the same building housed my absolute #1 favorite photography show ever – a huge retrospective of the photographer Henri Cartier-Bresson.

I was totally surprised by this show. In Mexico City? Why? But it was mobbed and I had to choose carefully the two times I went back to see it, so I’d have some shoulder room. There was a beautiful catalogue and the show itself included drawings, films, and over 360 photographs. On Sundays admission is free and there are long lines.

In case music and gallery shows aren’t enough, there is also a huge four-floor atrium, with each wall covered with murals. Here a woman is talking about the Diego Rivera mural that was banned from Rockefeller Center (and re-painted here by the artist).

Now moving to a different museum. Each year we have some total arts-related surprise. Last year it was the Cartier-Bresson show. This year the surprise was a show whose entrance is hidden in the darkness just to the left of this mural by Rufino Tamayo (I didn’t even know it was there when I was taking this photo). In this dark space, barely marked, was a closed door with a guard standing outside.  Beth noticed it and curiously stuck her head inside.

The mural above and the show are housed in the National Museum of Anthropology – a world-class complex of buildings housing collections taken from different periods of Central American history.

This museum is the (justified) source of much national pride, and though we’ve now been there four times we’ve barely scratched the surface. Yesterday there were a lot of school groups there, learning about their shared history. If you can please look at this photo large enough that you can see the faces. 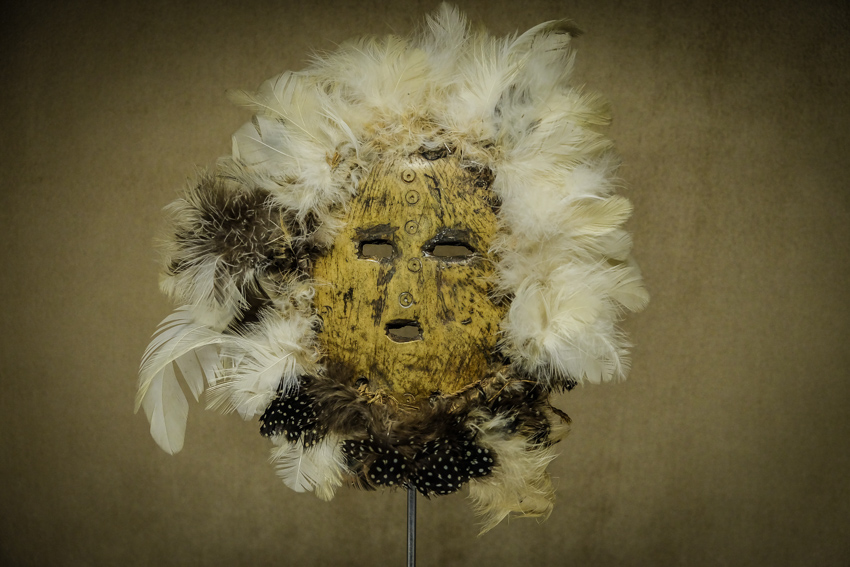 The show that we liked so much was a collection of central African masks, tools, musical instruments, fabrics, sculptures, boats, films – in other words, it was a wide-ranging show which exhibited an energy and a sense of life that caught me by surprise. Link – sorry, not much in English. 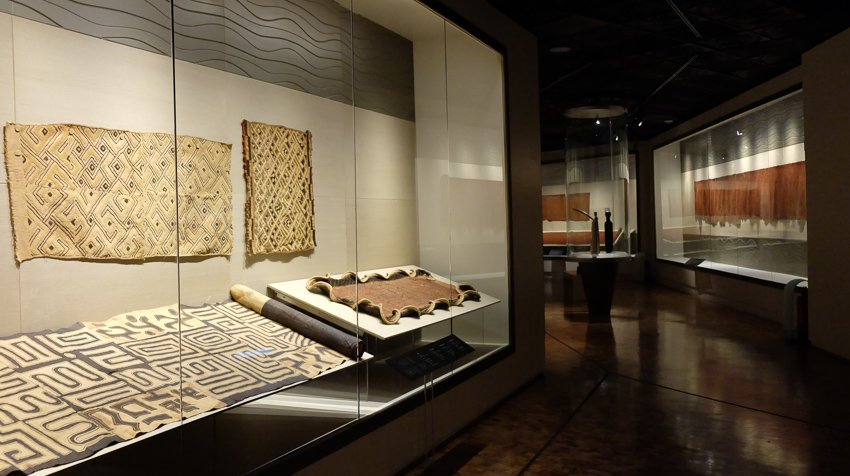 Not surprisingly (given the dark entrance), there was hardly anyone in the gallery and we pretty much had the show to ourselves. We appreciated it a lot, but it’s too bad others weren’t there to share the same experience. It is a temporary exhibit at the museum – the other exhibits are mobbed by people and are permanent (though the texts and objects are updated on a continuous basis to reflect the current research being done in Central American anthropology). 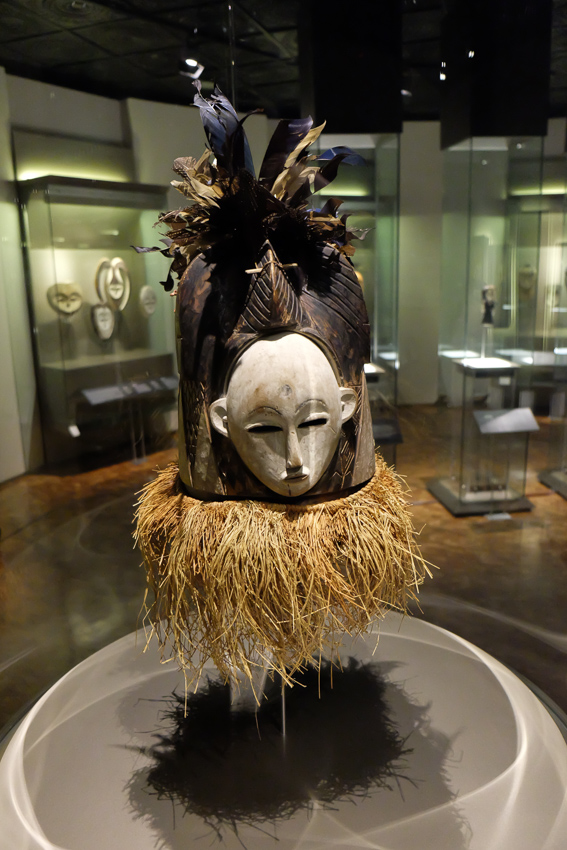 I’m showing you mostly masks – but there was so much to this show. I loved this one, with the spiky feathers as a crown.

It’s becoming clear to me that I have too much to show and so I’ll keep posting after we get back to Montreal. Please tell me if you are having trouble with this image-heavy style. I’m trying to make the photos small in size so they will load quickly, but it’s still a lot of photos. I hope your are getting an idea of different aspects of Mexico City and enjoying it.

7 comments on “A (good) surprise from Africa”