I get rolled and then penned

Beth looked reproachfully at me and said that I was being way too conspicuous, but I guess my question is how do you take pictures here without being conspicuous? I am so huge, so white, and even just having a camera is unusual. Most people use their phones, and there are so fewer cameras in Mexico. It’s not like going to Iceland where every tourist has thousands of dollars of equipment around their necks.

We were getting into a Metrobus. I made a decision that perhaps the most interesting place to take pictures would be outside the Basilica where the Pope was celebrating Mass. But a small glitch happened – as we were getting on the Metrobus I was mobbed by a girl gang. It seemed odd that there was so much pushing and shoving to get into a not-so-crowded Metrobus but the point was stealing the phone out of my pocket, which they did quite skilfully (my pocket is tight!) I didn’t realize what had happened until a couple of stops, and by then it was too late. People here say “Welcome to Mexico City” but my sister writes that the same routine is used in Paris and that she’s fantasized about an i-Phone that would lecture to the thieves interminably.

Anyhow, that started the day.

Getting close to the Basilica was a no-go too. Getting there, other than having the phone stolen, was easy but as soon as we started approaching the Cathedral we ran into lines of security that forced us to turn south. There were three security levels we went through, and at the third level we were close to the street that the Pope would be coming on but penned – we could only move on that side of the street and on that block without going out again, and if you exited to the second level you were directed only to the pens that were further and further away.

The old Cathedral is with the gold roof, and the modern Cathedral, where the Pope celebrated, is just visible as a turquoise blue on the right. This photo, from a visit in 2013, show the scale of things with the downtown in the far distance. The street we waited to see the Pope on is just visible in the center of the photo between the two towers and the tree.

This panorama, which I posted once before, is the modern Cathedral and then the old one, to the right, which is also the same building that you see below, two pictures down. On the same site are at least two other (older Cathedrals) and a chapel. This was the plaza that we were naively hoping to reach. The Plaza was a gift of Carlos Slim, the Mexican businessman of Lebanese origin who owns a lot of South America’s telecom, along with Tracfone in the US (and many other things). 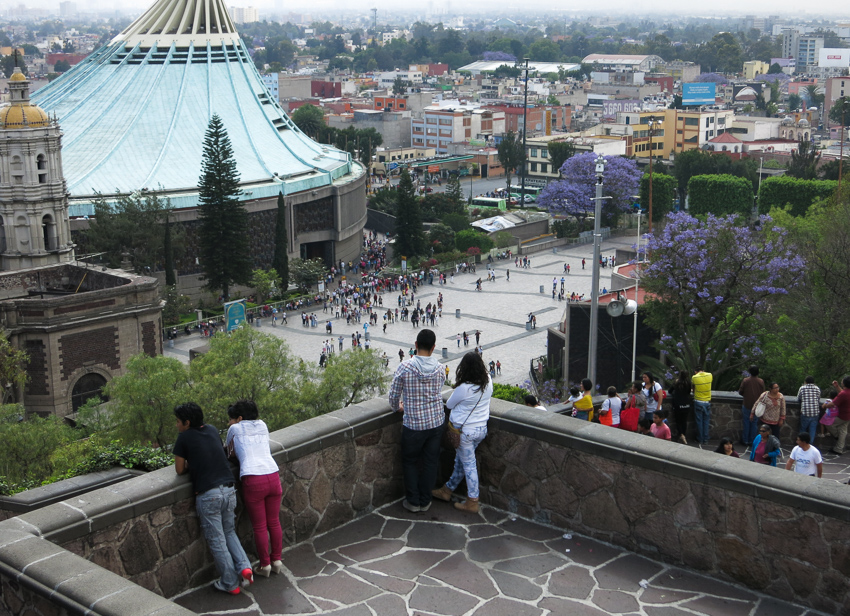 As a fall-back position I remembered this vantage point and was hoping we might be able to go around and get there. It’s hard to express how far from reality these plans were! This photo, also taken in 2013,  is just a regular day. The average per-day count of tourists is 14,000 people.

I took this photo quickly as we were being led to our pen – it looks back up to the old Cathedral. The overlook in the picture above is on the hill behind the Basilica. The telephoto compresses this space, we were actually quite far away.

These people had their act together in a way we didn’t – they could see! They also seemed to be feeling no pain as I watched them from my vantage point on the street. 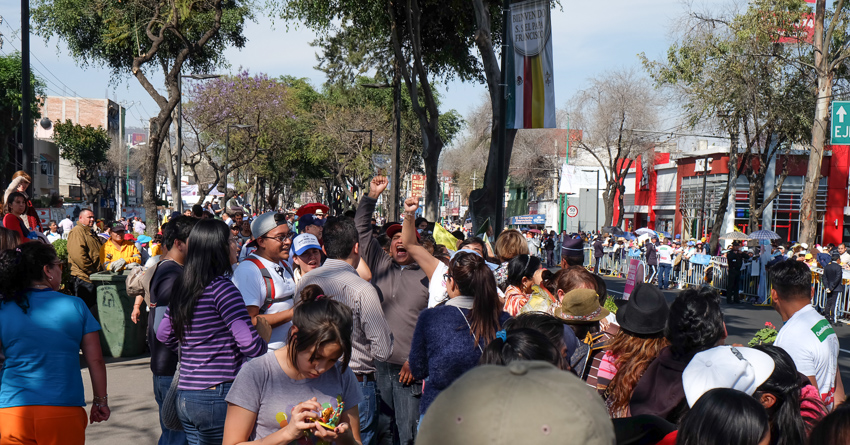 This was what it looked like on the street. At this point I was worried if I’d even see the Pope. In order to get close the barricades you had to stay in place, and really I needed to be able to move around. I felt though that it would be a little silly not to even get a shot of the Pope, so I tried to box out a spot along one of the metal barriers. This is what it looked like in the area. 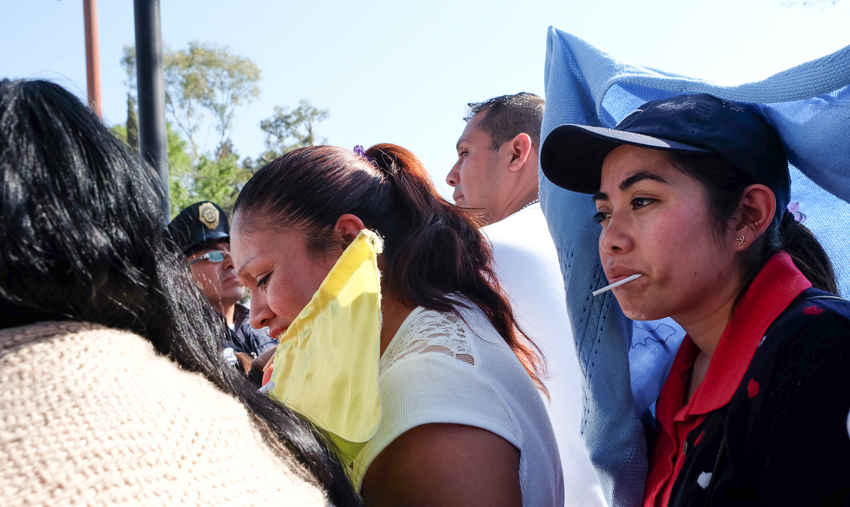 It was intimate quarters. There was a woman sitting on a stool in front of me who looked small and disabled. When she stood up she was stronger than a basketball center and held her space quite well too. So it was a challenge. 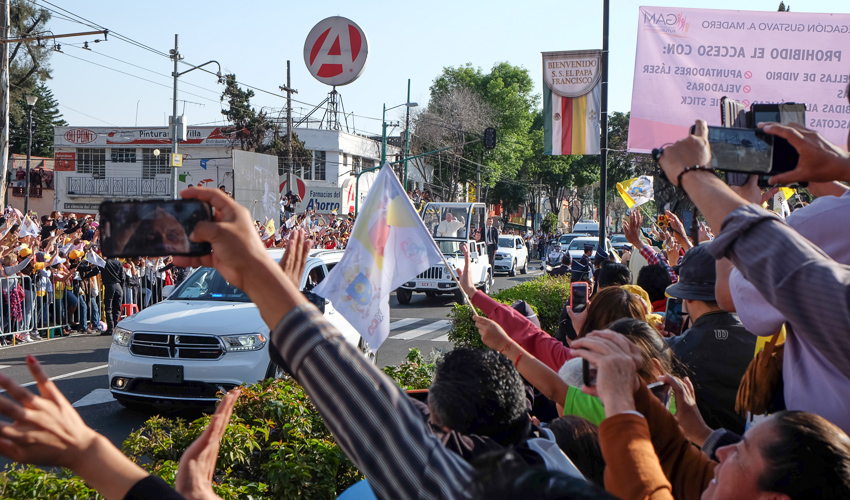 The Pope going by was almost anti-climatic. The speed of the caravan was so fast that if you blinked you missed the whole thing. I hadn’t noticed it before but there’s a perfect image of the top of my head in the person’s cell phone on the left. It must be hard to be the Pope doing these things, just miles and miles of waving under the hot sun. Anyway, I got the Pope picture done under hard circumstances.

I think really the most surreal part of this all was watching the screen that you can just see set up on the street to the right of the cellphone. It was broadcasting the image of the Pope’s motorcade – so you could see him coming towards you on the streets south of where we were, and then suddenly he pops up for a fraction of a second and just as quickly he’s gone again, and back in the screen.

The symbolism involved with Santa Maria de Guadalupe – the female saint that the shrine and complex of cathedrals commemorates – is controversial and a large part of the core Catholic/Spanish narrative in South America. In our earlier visit we had spent the day watching the devotion of people – especially indigenous women – to this shrine. As with many religious shrines, the church co-opted this site from the previous religion and created a story that served its purposes.

The next day (Sunday) was quite a different and surprising experience, and what I’ll post about next.

5 comments on “I get rolled and then penned”