↓ Skip to Main Content
Home › Mexico › The challenges of getting around

The challenges of getting around

More of the city closes down I guess I had envisioned that the Pope would be travelling between discreet events in Mexico City but in truth he is doing multiple criss-crosses and in the process will have visited many neighborhoods. This is quite wonderful but it effectively closes down this huge metropolis – there are posting of the metro station closings (many, and for long periods) – and major arteries are just simply closed to traffic for a couple of days. This forlorn woman was trying to find a way across this street, as were we. 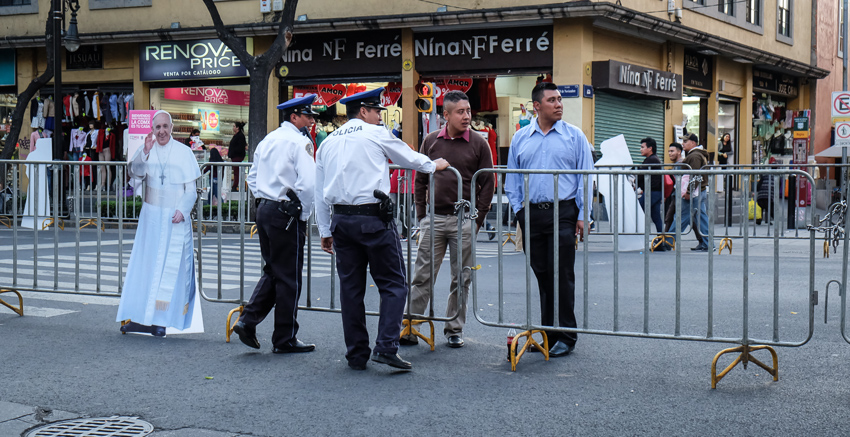 El Papa is appearing everywhere now! There are concentric rings of security, so large swaths on each side of the streets he’ll travel are closed. Bikes and pedestrians are still being allowed to the barriers, but once you hit them you have a long trip to the nearest crossing. 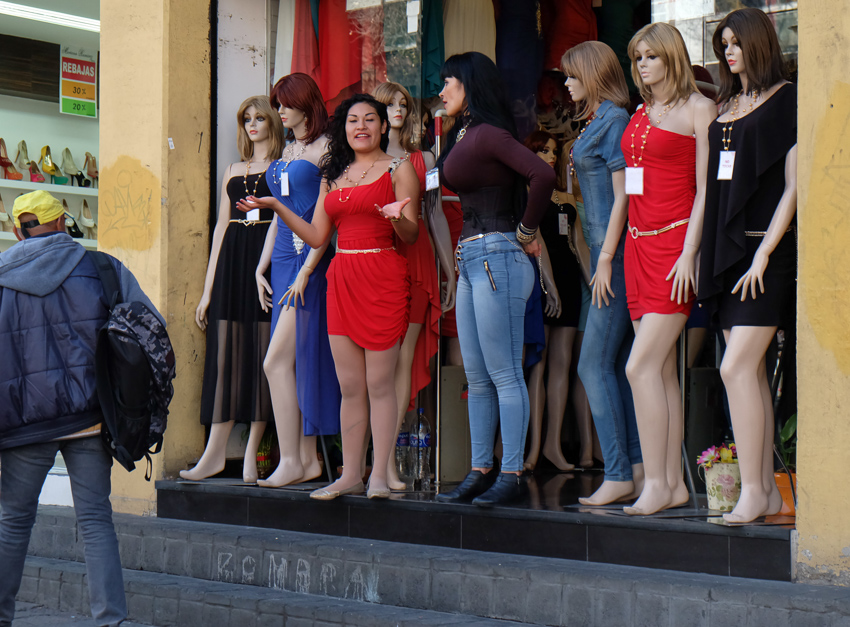 Retail trade has been largely closed down because streets are empty but these women were trying their best to attract attention. 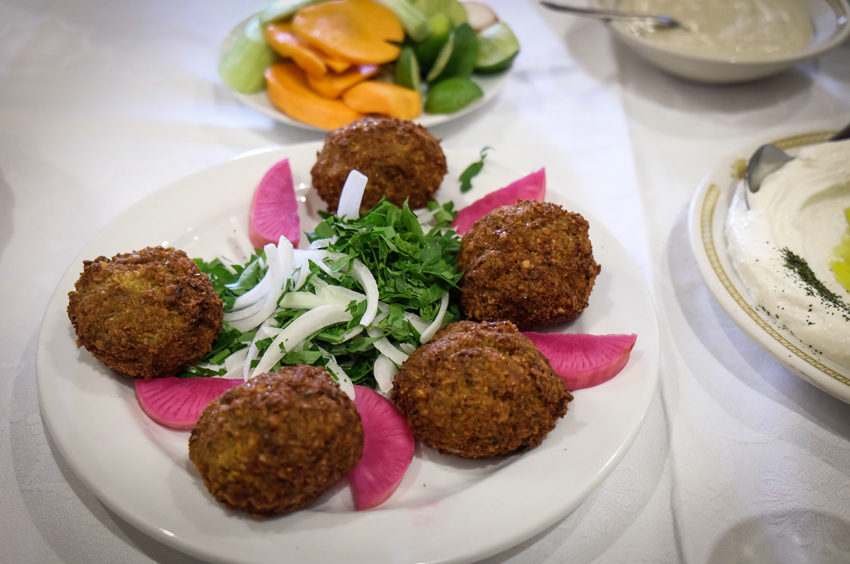 We were using a combination of bike and foot to try and reach our favorite Lebanese restaurant in the world. In the end we figured out a way to thread through all the barriers. This is the best falafel that’s ever been served, and it was served to us. There were only a handful of other people who had made it through too, and they were all locals.

On the way back, and in a different section of the city, we saw into this business as we were walking by. There was a long line waiting for service and we were curious. It was a custom-mix perfume shop (there are many in Mexico City). We stood in line for almost an hour and a half, attempting broken but humorous communication with people but mostly just soaking in the friendliness and old fashioned service that was going on. Most of the people at the counter who were placing orders were retailers, organized with long written lists. Everything was quite analogue – papers, pencils, carbon paper, and calculators (but fast).

The Pope’s plane landed precisely at 7:30 local time, we saw it flying overhead after the airport had been closed for about half and hour. Here I’ve lifted a photo from the local channel, as he hesitates (perhaps, with a bit of trepidation) for a moment before setting foot in Mexico. Bienvenido, Papa!

6 comments on “The challenges of getting around”