I already wrote about the African show at the National Anthropology Museum, saying it was the best single art show we’ve seen in Mexico City. That show is a temporary exhibit, and is completely dwarfed (to the point of being invisible) by the permanent displays. I have spent a total of five or six days at this museum and I now know perhaps a third of the collection, though I question that because I keep on discovering new floors and gardens in unanticipated places. So, in other words, it’s vast. The only way I’ve been able to deal with it is to concentrate on a single pavilion, and not feel that I have an assignment to get through it. If I don’t finish, I come back.

This is about half of the inside courtyard of the National Anthropology Museum, which to me is the crown jewel of Mexico City. To get a sense of the scale of this museum here is a link to a Google map. Relative to the map you are only seeing the left hand part of the museum in this photo.

The museum itself deals with its huge scale and makes itself more accessible by joining all its buildings into a central courtyard. Over the top of the museum buildings peers the modern city, which makes it feel like part of the alive city.  One view of that courtyard is above, and then turning around and looking the other way this is what you see … 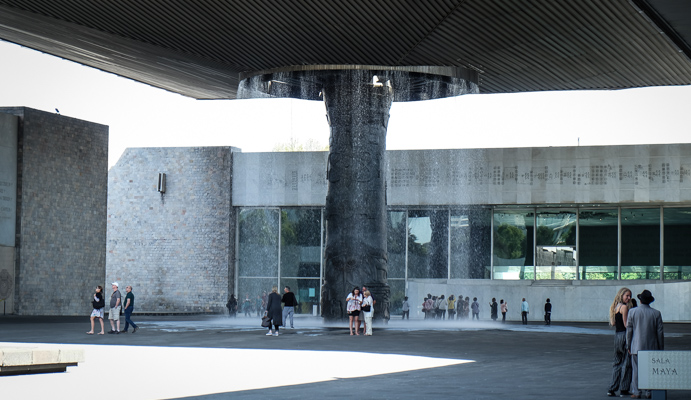 The canopy ceiling is supported by a sculpted metal column surrounded by a curtain of falling water. On the column is a pictographic history of the culture, and behind is the entrance building. Each one of the buildings facing into the square has a different function, and are accessed through entry doors facing into the center. 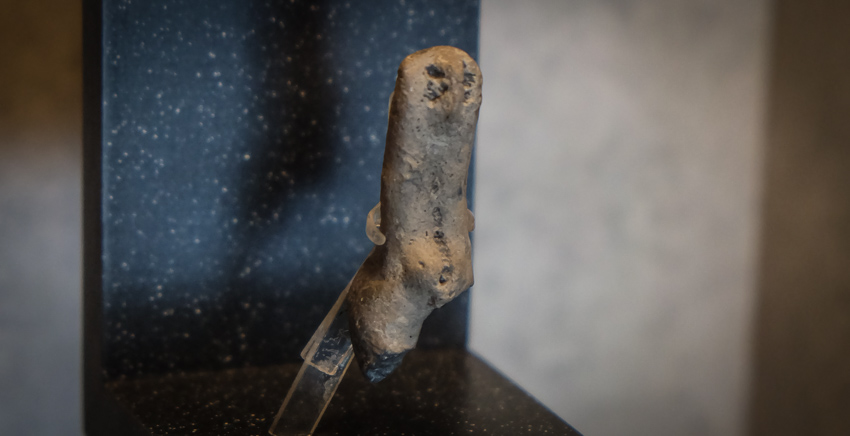 The Figurine Zohapilco This is the most ancient human artifact with religious intent in the museum. The tiny shard, only about 4cm high, is a female fertility figure from 2300 B.C. She has a large belly, two eyes and a nose. It was found in near some excavated dwellings in Zohapilco, a short distance south-east of Mexico City. 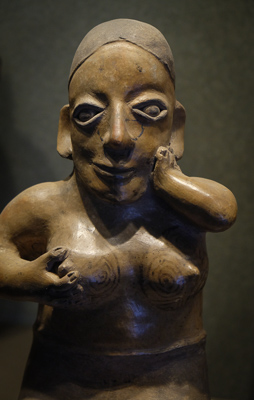 Mujer (Woman) This wonderfully expressive fertility figure, is dated between 200 BC and 600 AD. Exhibits are broken down according to region and time, as well as style and content. 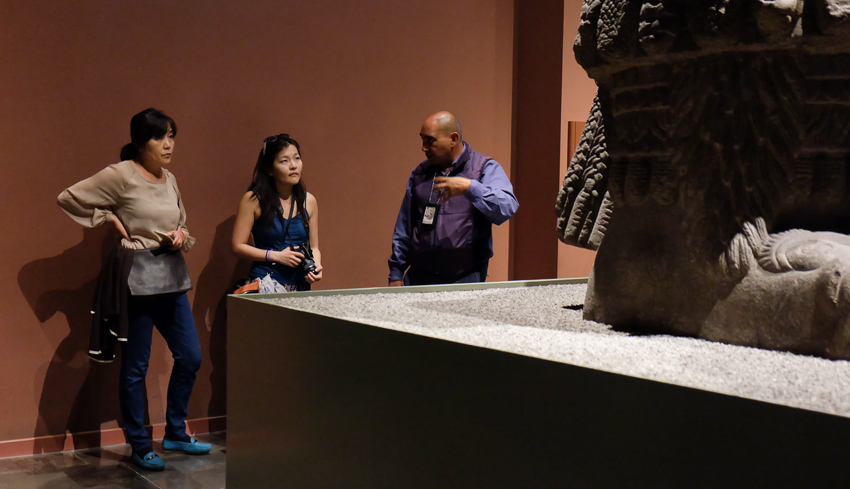 Most of the people viewing the exhibits don’t have a guide but unlike the African exhibit the pavilions are teaming with visitors, of all ages and backgrounds. School groups are roving around too.

Instead of writing a lot I’m going to show some of my favorite things. 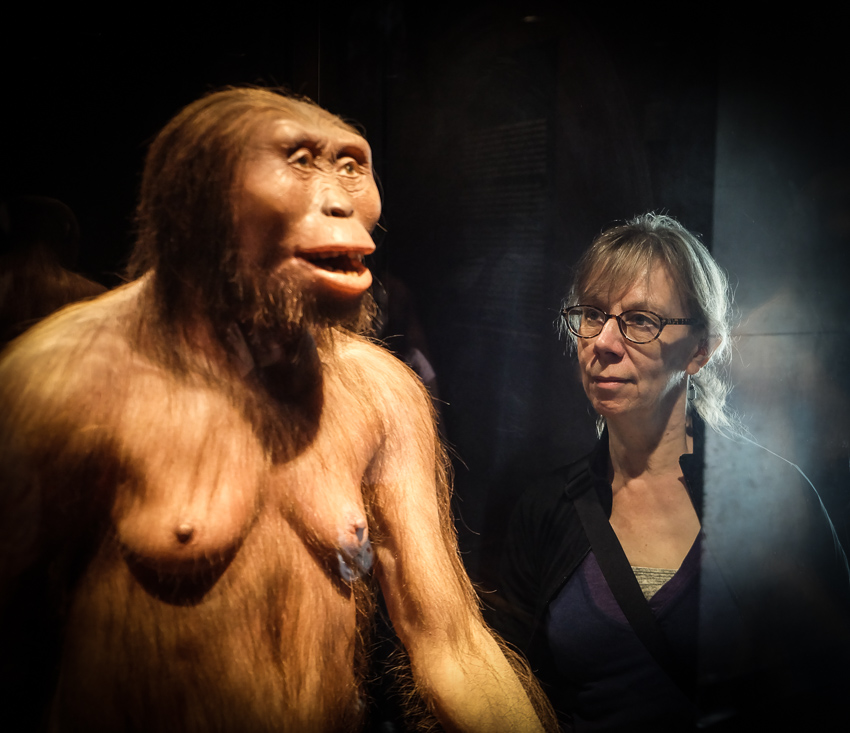 Beth with Lucy was something I couldn’t resist. The pre-written history part of the Museum has displays that deal with death and social issues openly. 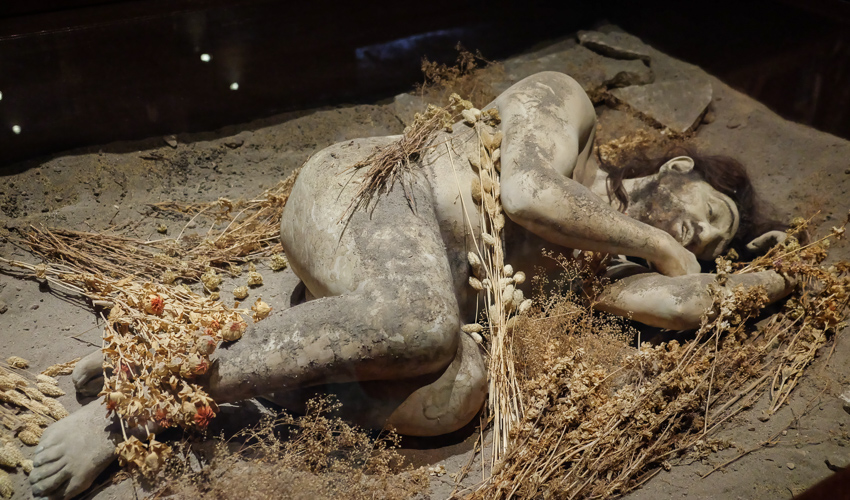 For instance, this burial scene. 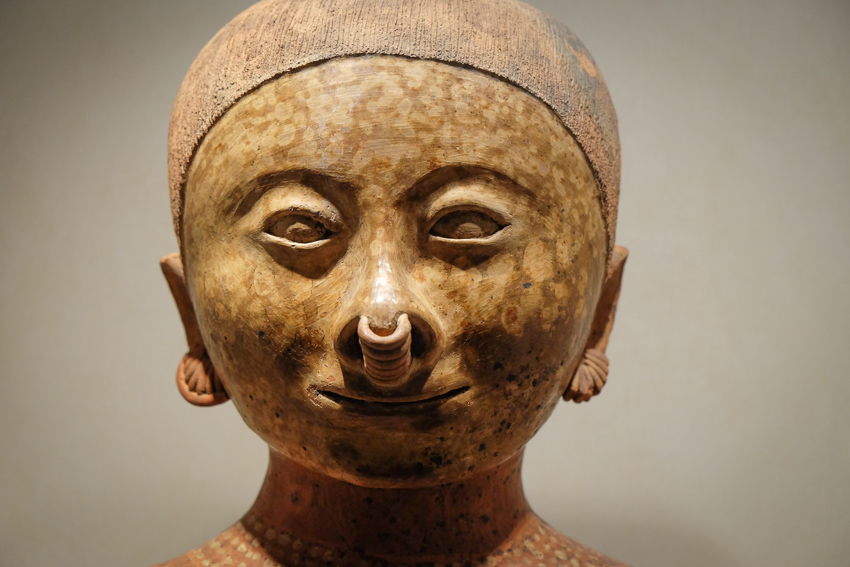 I liked the delicate detailing and the careful coloring on this clay woman from Las Cebollas dated between 200 BC and 600 AD. 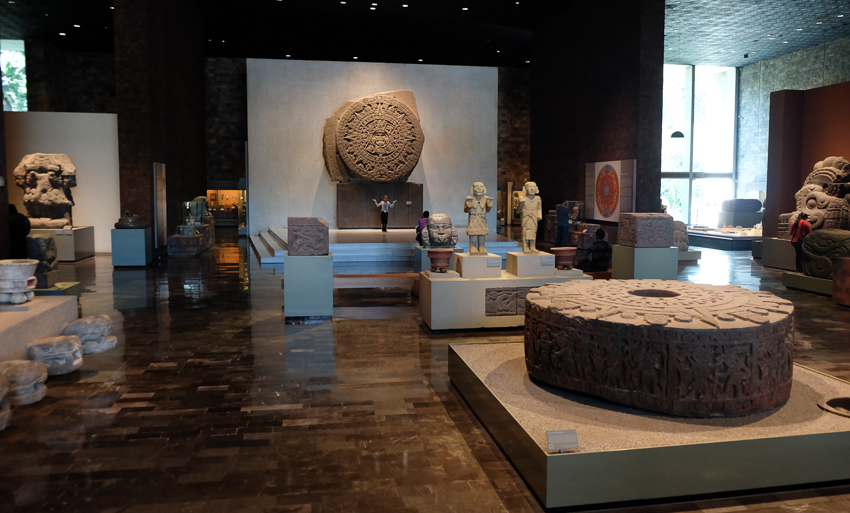 In another pavilion is the giant Stone of the Sun. It’s often identified as a depiction of the Aztec Calendar, but in fact was a gladiatorial sacrificial altar which was never finished because it developed a deep crack. 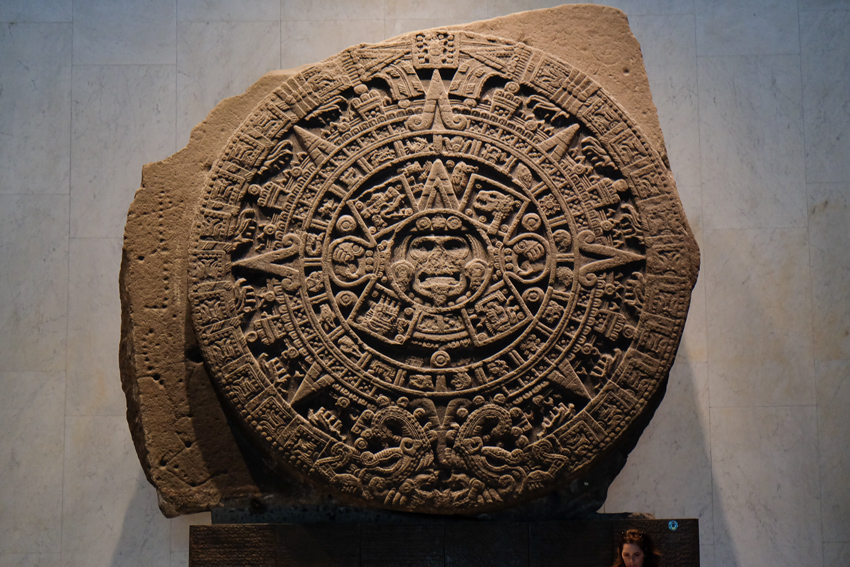 You can judge the scale from the person in the photo above. This huge stone (3.6m wide x 1m thick) was found buried near the Zócalo (the main down-town square in Mexico City) in 1790. 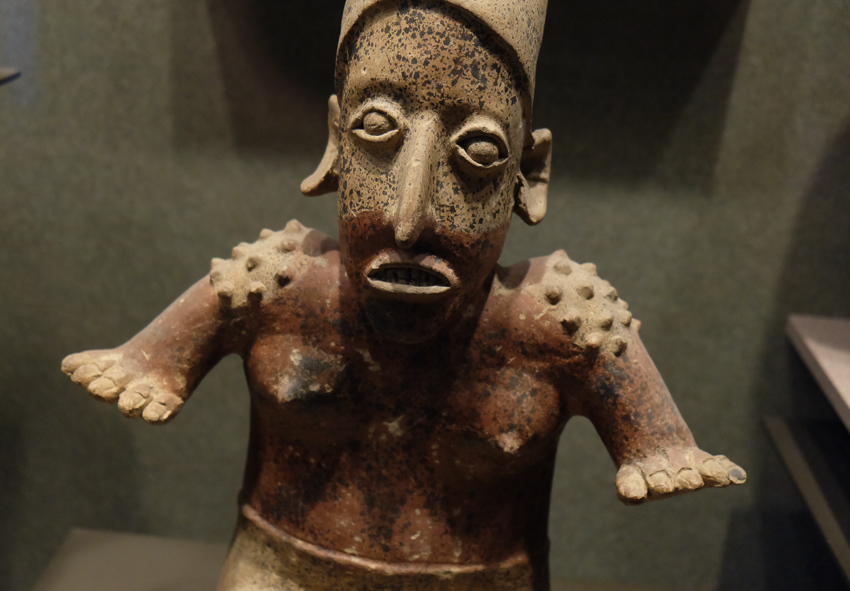 I’m a little heavy on these fertility figurines, but I loved them. 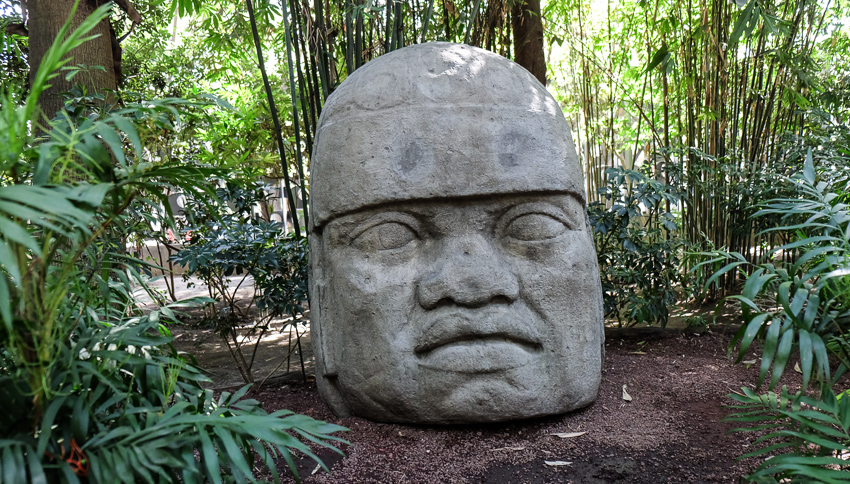 This giant Olmec head is in one of the gardens reached by walking through the pavilions – they actually partially ring the outside (though each one is different).

Other countries must have similar attempts to explain and display their national heritage, but I’ve never been in one like this one. Have you? And where?