Thursday evening photos, with a blast of color

Zócalo, getting ready for the Pope Usually Mexico City seems to dwarf any event, but the Pope coming has affected big sections of the city. The Zócalo (Thursday evening, 7pm local) is already all buttoned up with small lanes for pedestrians and still car traffic. Lots of technicians, security, military and even a few foreigners milling around. The newstands have switched to selling Pope paraphernalia and a lot of the shops are displaying Pope Francis photos. I counted 15 large pens in the Zócalo and then three big viewing bleachers. The National Palace is the long building across the Zócalo, where he’ll be officially greeted, before he walks over to the Metropolitan Cathedral.

Several posts ago I mentioned I run into boxes from Pastelería Ideal all over the downtown. Here is an example. Not one box but two!

Overnight walls and barriers have appeared everywhere. This wall is creating a barrier to keep people back from the National Palace. 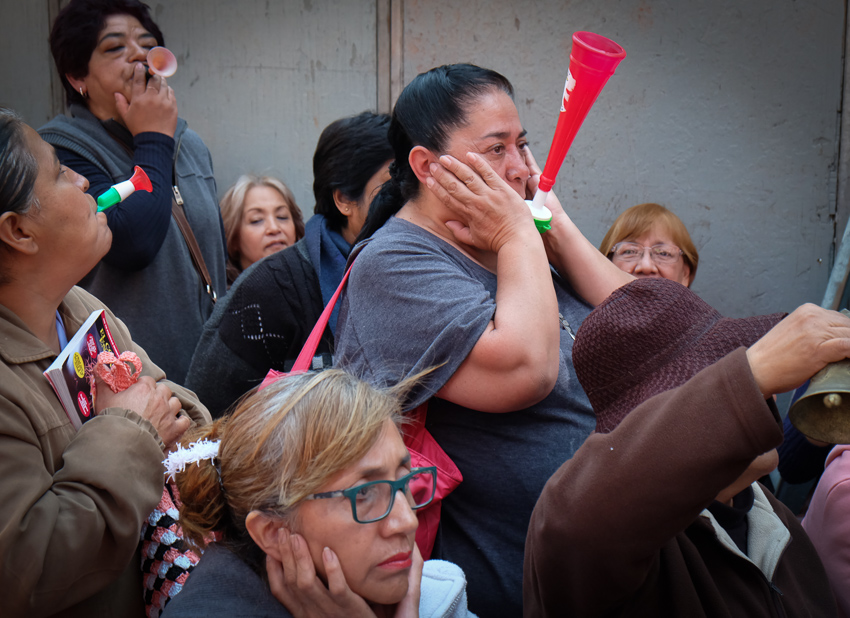 There is always a protest going on around the National Palace. These women were part of a demonstration occuring just past the trucks in the above photo – there was one panel missing in the fence and they were blasting through, creating such a loud sound that even they thought it was deafening. They were demonstrating for the right to health and welfare services. 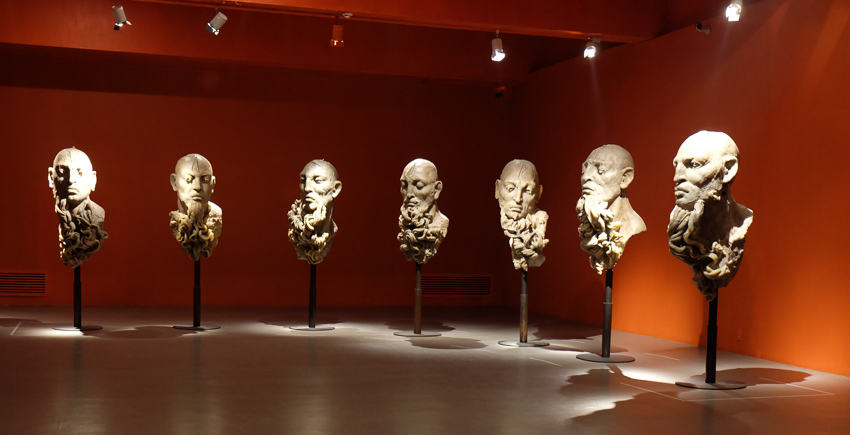 These are resin-cast heads from a major show of sculpture at the Antiguo Colegio de San Ildefoso by the Mexico-city based sculptor Javier Marín. I’ll post more about his work later – he has already created a huge body of work and he’s only 52. The show dominated this large museum.

Just a blast of color for all people enduring the northern climes.

5 comments on “Thursday evening photos, with a blast of color”