It’s about more than food

It’s ironic that Bernie Sanders gets tagged as insensitive to race issues – it’s not his problem – it’s Vermont’s. Vermont has a lot of positive qualities, but one is not ethnic diversity.

The situation was worse in the 1960s though.

As a kid I always felt like I didn’t fit in. I didn’t. My classmates, almost without exception, came from old New England stock and to me, a youngster, it felt like cultural and personal exclusion. In our family we ate different foods, we talked about different things, and we were almost completely ignorant of pop culture. It may not have been exclusion, but it certainly was difference.

I don’t know what I was thinking dressing in a coat and tie, it certainly didn’t help. Perhaps my warped mind thought if I did wear a tie I’d be mistaken for a teacher, and I could hide behind that.

Directly below me is the only other person (I believe in the school of about 200 children) who didn’t fit into the white ethos – she is part Native American.

People often think of Montreal as being binary between French and English, but the delicious reality is that it’s a jumbled pastiche of many ethnic groups. That’s been something that has greatly enhanced our lives. Even the people who think of themselves as “Francophone” or “Anglophone” are often quite sophisticated in their knowledge of other cultures, and often follow that up with speaking other languages. We had not always dreamed of Mexico. Our interest sprung from two sources. 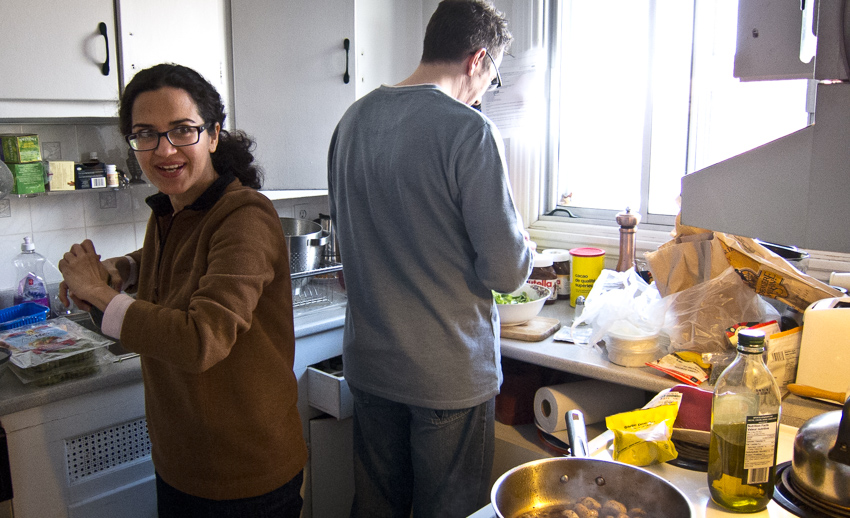 One source was two of our best friends – Éric and Diana.  Their lives are a jumbled mix of both their Francophone and Spanish families. Diana grew up in Cartagena. Their home resonates with Spanish, which they speak as their base language, French, and English and the warm smells of a lot of good food. Éric and I became fast friends based on interests and personalities. Diana too loves her heritage and language (which she teaches at a college level) and has done a lot to encourage our interests in Latin America. 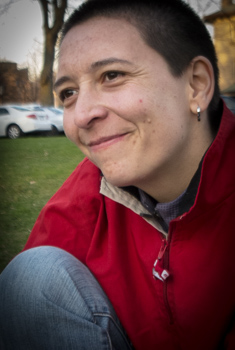 The second source, and where the interest in Mexico specifically started, is with our friend Magda. She has a quiet centering and wisdom that’s rare and which I greatly admire. When we first told her we wanted to go to Mexico (four years ago) she sat down with us and made a list of all her favorite places in the City, and it was from that list that we started our attachments.

I didn’t talk about it at the time (because I didn’t have his permission) but we were with Pablo, Magda’s brother, when my phone was stolen. He was angry because he hadn’t picked up on what was happening either. This photo of him was the same day, on the Metrobus, after things calmed down and we coming back down towards the Centro. 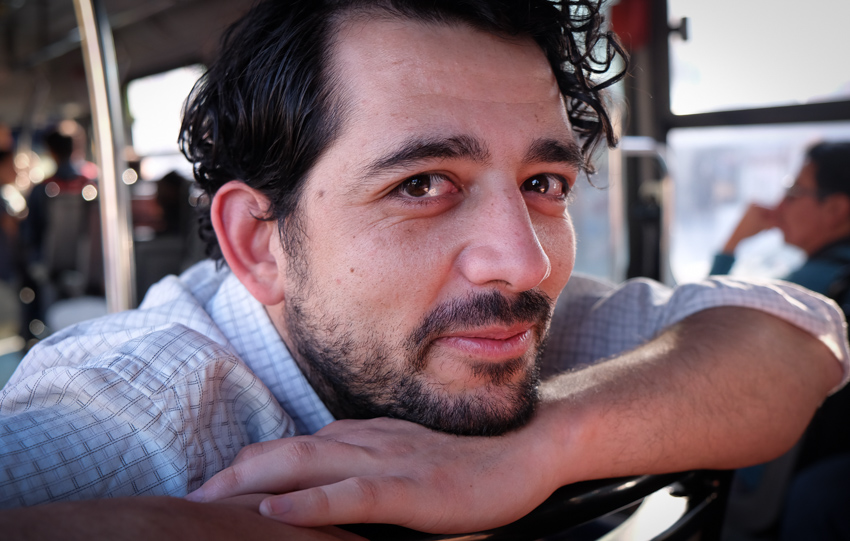 I would be totally remiss if I made it sound like solely Mexico connects personally with Montreal. There are many strong ties especially to the US, to England, and to France. Another of my earliest and best friends is from Bangladesh (with many other places in-between). His mother, Gayatri (here visiting), and I have developed an affection for each other. She visits each summer, and in this photo she is with our good friend Vivian. 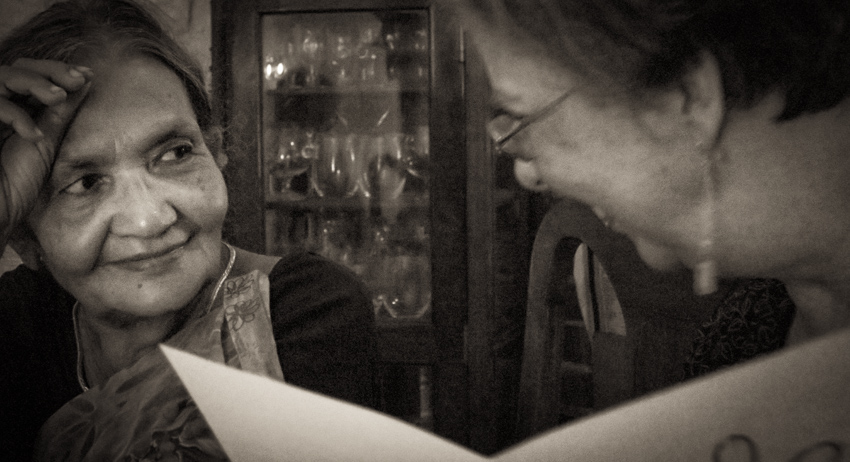 I’ve been thinking about these ethnic mixings because last night I watched the documentary film Discordia detailing the student conflict at Concordia surrounding the (attempted) visit by Benjamin Netanyahu in 2003. It’s not a pretty story, but it’s emblematic of society trying to work out differences in a way more profound than superficial sharing of foods. I recommend it if you are at all interested. This link should play to all countries.

10 comments on “It’s about more than food”